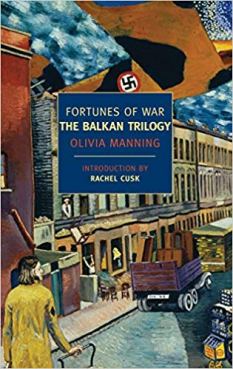 At the end of the previous book of Olivia Manning’s Balkan Trilogy, Harriet Pringle flew out of a besieged Bucharest without knowing whether Guy would be able to follow. She ends up in Athens, and the first person she meets is Prince Yakimov. Although he betrayed the Pringles to the Germans through his foolishness, Harriet is happy to see a friendly face.

Guy does arrive in Athens in the hope of getting a teaching job at the Academy. He finds Duderat and Toby Lush ensconced there as teachers. Although he employed them in Bucharest despite their lack of credentials, they do not repay his kindness with assistance. Instead, they lie to the director about him to prevent him getting a position. The director will not allow the Pringles to live at the Academy, so they find themselves with only a room to stay in and no money.

Even after they manage to establish themselves, Harriet feels alone. She understands that Guy considers her part of himself, but he therefore expends himself in work and helping others and hardly thinks of her. Out of loneliness, she finds herself attracted to a young soldier.

I didn’t like the turn the plot took with the soldier, whom I thought tiresome, but I have found this series more and more interesting. Although Friends and Heroes is the third book in the Balkan Trilogy, it ends with another evacuation and feels incomplete, so I feel compelled to read the second trilogy in the series Fortunes of War, the Levant Trilogy. 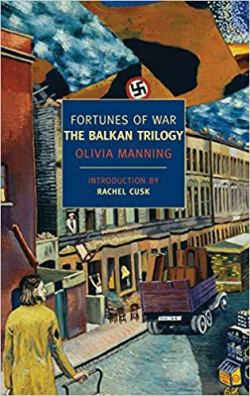 The Spoilt City is the second book of Olivia Manning’s Balkan Trilogy. I was confused about why this series had two series names until I read recently that this trilogy along with her Levant Trilogy are called The Fortunes of War.

The war, of course, is World War II. The Spoilt City begins during the summer of 1940 in Bucharest. When newly married Harriet Pringle arrived in the city less than a year before, it was opulent in its wealth, and Romania being agriculturally rich, loaded with good food. Although the country is neutral, it has been sending most of its food to Germany, and now it is becoming difficult to find anything good to eat.

King Carol has been trying to maneuver between threats from Germany and Russia. Romania has been an English ally, but when Russia is rumored to be ready to invade, Carol throws his lot in with the Germans. They immediately cede large portions of Transylvania to Hungary. The Iron Guard, an outlawed group of Fascists, reappear in the streets, and Germans begin arriving. People begin calling for Carol’s abdication. The English, who were formerly welcome, begin to feel threatened.

Harriet, who has married on three weeks’ acquaintance, is beginning to understand her husband, Guy. While he is popular with everyone and has an open, gregarious nature, he glosses over difficulties that she must tend to. He has offered the impoverished Prince Yakimov a place to stay while he acted in Guy’s play. When the play is over, Harriet doesn’t know how to get rid of him. Later, Yakimov repays this hospitality with a foolish betrayal.

The impending Drucker trial is all anyone talks about. Drucker, a wealthy Jew, is facing trumped-up charges after refusing to hand over his oil leases to the King’s mistress. Much of the family money is in the name of his son, Sasha, who has been forced into the army. Sasha, formerly Guy’s pupil, deserts and comes to Guy for help. Guy and Harriet hide him in a room on the roof, another danger to them.

Now that things have got going, I found this second book a lot more interesting than the first. I didn’t really like Harriet in the first book but found her much more likable in the second. With such a naïve and impractical husband, she is often faced with having to take care of unpleasantness. I am looking forward to the third novel and will probably also read the Levant Trilogy.