I am not much for reading letters and diaries, because I like story telling, even in nonfiction, rather than glimpses of a life. So, A Very Private Eye, a collection of Barbara Pym’s diary entries and letters, was probably not the best choice for me. Still, a good friend gave me the book, so I decided to read it.

The book was both worse and better than I expected. It begins with Pym’s diary entries as she starts Oxford. In no time, she has embroiled herself with Henry Harvey, who treats her shamefully. Unfortunately, instead of telling him to bugger off like he deserves, she records her heart-rendings, which continue for years.

Next comes a series of letters to Harvey and his wife, and to other friends. I found the letters to the Harveys excruciating. She gives herself the identity of the spinster, Miss Pym, and writes about herself in the third person in a false, jokey tone with constant reminders of her single status. Very obvious. I would think the wife would have been wary.

I was just about to give up on her at around 100 pages in, when the book gets into the war and becomes much more interesting. Similarly, it gets more interesting as she ages, although she refers to a lot of people whose role in her life is not explained. (That would have been helpful, although each section begins with an explanatory introduction by the editors.)

She went through about ten years when no one would publish her books because they were no longer thought to be marketable. Then two prominent literary figures independently listed her as one of Britain’s most underrated authors. Her next books were published, and she was eventually shortlisted for the Booker Prize. I felt it was sad that this happened for her just a few years before she died.

I Know Why the Caged Bird Sings

West with the Night 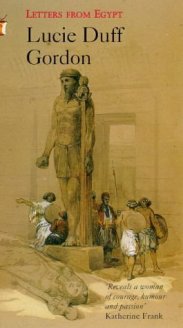 Letters from Egypt is the book I drew for the latest Classics Club spin! A book like this one is hard for me to evaluate. Lucie Duff Gordon was an English gentlewoman suffering from consumption who spent the last seven years of her life in Egypt, hoping the climate would help her. The book of her letters is heralded as a first to deal with the Egyptian people rather than the scenery and monuments. She was by all accounts beloved by the people she lived among in Luxor from 1862 to 1869.

I try to judge books as best I can by the standards of their own time, but sometimes with this book that was a struggle for me. Duff Gordon is known for being kind to the people she met, particularly the Arab fellaheen, who by all accounts were the despised of Egypt. Certainly, she was loved by them and is careful to follow their customs, but she does patronize them in just about every word of her letters. She also takes pleasure in telling stories about how much they love her and what courtesies they exchanged. She adopts their customs and learns to speak Arabic, all very laudable. However, it seems to me that she takes their part to the point of perversity, for example, sprinkling Arabic words into her letters to friends and so participating in their customs that she speaks casually of such things as buying slaves (for herself), always for their own good, thirty years after England outlawed slavery. Further, she favors the Arabs by putting down other groups, like the Copts, the Jews (even though she meets hardly any), and some of the Turks but not all, even though the Turks would seem to be to blame for the dire state of the country.

If you are feeling politically correct, you may not appreciate her frequent use of the N word, and her constant mention of the color of the various people she meets, although that is clearly a difference in the standards of the time.

The book does have descriptions of various ceremonies and customs, which are interesting. And Duff Gordon’s behavior toward the people was clearly better than that of most “Franks.” Another slight issue is that she tends to use Arabic and Egyptian words without always explaining what they mean, which can be confusing.

I want to compare this book to West with the Night, which was written 90 years later. Beryl Markham was raised with Masai playmates in what was British East Africa. Never does she treat her native friends condescendingly. Not only that, but her book provides a better sense of the landscape and society of Africa, although admittedly more oriented toward the European. Another contrast is Tales from the Queen of the Desert, in which Gertrude Bell ventures into even more remote corners of the Arab world while not once patronizing anyone.

Tales from the Queen of the Desert

A Time of Gifts 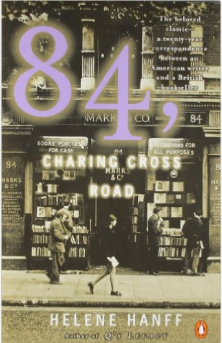 It’s taken me some time to read 84, Charing Cross Road, but I’m glad I did. This very short book, a collection of letters, has been a classic for some time.

The books spans 20 years, beginning in 1949. Helene Hanff, a freelance writer living in New York, writes a letter to Marks & Co., antiquarian booksellers at 84, Charing Cross Road. She has become weary of the shoddy books she is able to afford in New York and asks the booksellers to send her inexpensive secondhand copies of several works. She is duly answered by Frank Doel.

This is a delightful book about friendship between people who have never met. Many of the letters are funny, and the book is particularly appropriate for book lovers.

History of the Rain