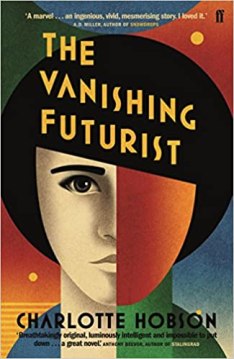 Right before the start of World War I, Gerty Freely goes to Moscow to be a governess for the Kobelev family. There she falls in love with one of Pasha Kobelev’s friends, Nikita Slavkin, a brilliant, idealistic scientist and revolutionary. Although Gerty is not political, she eagerly embraces the life of a communard in a commune Slavkin founds in the Kobelev’s house after the revolution. With them are Pasha and his sister Sonya and a few other young people.

Hobson’s novel skillfully depicts the idealist euphoria and immense creativity of the early days of the Russian revolution as well as the hardships, the inevitable disintegration of communal life, and the craziness of those days as the revolution begins to turn in on itself. It makes really interesting reading and seems to much more authentically depict the time than any of the recent novels I’ve read about it.

I read this book for my Walter Scott Prize project and really enjoyed it.

The Revolution of Marina M.

A Gentleman in Moscow

Memories: From Moscow to the Black Sea