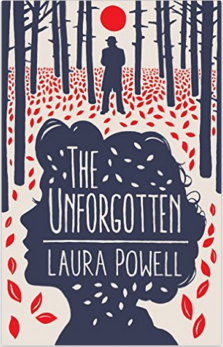 A novel set in two time periods, The Unforgotten is a thriller and a mystery. But it is more than that—a story with deep-running themes offering its characters difficult choices.

In 1956 Cornwall, Betty Broadbent is an innocent, naive 15-year-old. She helps her unstable mother run a hotel and sometimes has to run it herself when her mother is in the throes of depression or alcoholism. The small fishing village has been invaded by reporters after the murders of several young women.

In 2006, Mary reads that the man who served time for the murders back in 1956 still insists he is innocent. Mary remembers him as the man her mother used to date and believes he is innocent. She thinks she knows who the actual killer is and is torn between telling what she knows and keeping a long-held secret. Although we don’t know why she is living under another name, we are soon sure that Mary is Betty.

This novel is about the painful choices two people must make under difficult circumstances. It is also about a sad and doomed love affair.

At first I thought that some of the dialogue and situations were unlikely, but I soon forgot those thoughts, driven forward by the sheer power of the story. It is one that has many more levels than first expected. This is a great first novel by Powell.

Full disclosure: I received a copy of this novel from the publisher in exchange for an honest review.

The Last Summer of the Camperdowns