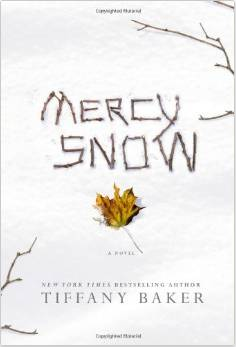 Best Book of the Week!
On an icy Thanksgiving eve outside Titan Falls, New Hampshire, a school bus with children who had been to the movies in the nearby town plummets off the road, killing one girl and incapacitating the bus driver. Readers know that a car passed the bus at a dangerous place, causing the driver to lose control. Up the road from the bus, the sheriff finds the wrecked truck of Zeke Snow, a young man from a backwoods family of ill repute. No one knows exactly what happened, but the sheriff decides it must have been Zeke’s fault.

June McAllister, the mill owner’s wife, soon finds evidence that her husband Cal may know more about the accident than he’s admitting. Her reaction is to close family ranks. After all, the Snows have never been anything but trouble.

Zeke is hiding in the woods, but he has told his sister Mercy that he did not see the bus the night that he wrecked his truck. He ran when the police arrived because he’s known nothing but trouble from them.

Mercy knows that her brother occasionally shows poor judgment, but his main instinct has always been to protect her and their little sister Hannah. While eking out an existence for herself and Hannah and living in a battered old trailer, she decides she must somehow prove Zeke innocent. For her part, June is trying to drive the Snows out of the area, where they have returned to their grandmother’s property after years of a rough and nomadic existence.

This novel may sound like a mystery, but it is not. We know fairly early on what happened to the bus. Instead, the novel is an examination of themes like discrimination against the poor, the exercise of power, the complexity of people’s reactions to tragedy, and the close-mindedness of small, closely knit communities. It also includes a hint of the supernatural. The novel is disturbing and well written. Although I thought I knew where it was going, the novel turned out to be unpredictable.